Initially released as a MCD in 2005, sold out since a long time, and after the rerelease as tape in 2015,
the first recording of OSSUAIRE is now available again as a MCD, with reworked artwork.. 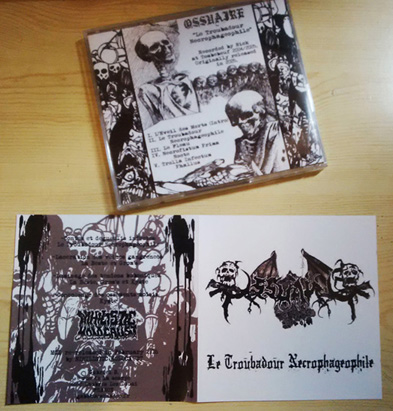 
Available against 3,40 Euros + postage from this shop::
https://nihilistic-webzine-distro.fr/Webshop/fr/15-nihilistic 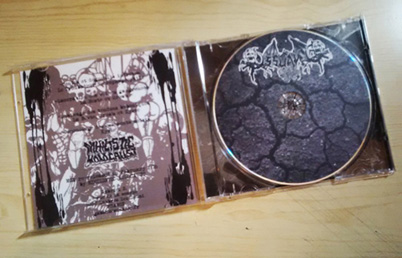 OSSUAIRE (Which translates as "Ossuary" in english) incarnates old school death metal darkness and brutality,
from the depths of France, and emerged from nothingness in a time when few were concerned with the style.
Their recordings deserve to approach more carapace souls, and possibly to plant the seed of medieval barbarity.